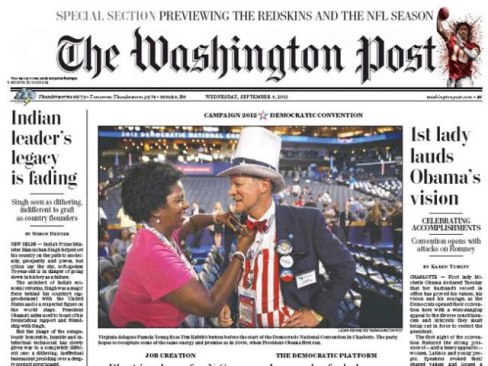 Why do we need a foreign media publication to take on our governments or any dispensation for that matter, every time, like the TIME magazine’s recent criticism of Prime Minister Manmohan Singh or The Washington Post’s description of Singh as a silent premier and a tragic figure!

If Manmohan Singh is totally ‘dishonest’, let us not forget that he is leading over 1.3 billion ‘honest’ people which figure consists of Indian journalists and their editorial bosses as well. Why do all of them always remain silent though it is no secret that the Indian social networks are full of plethora of cartoons, comments and criticism of the ‘speech-less’ prime minister!

This time when the entire nation is seized with a coal scam to the tune of Rs.1.86 lakh crore wherein the government’s very own auditor – CAG (Comptroller & Auditor General) – has charged the prime minister with corruption, with his ministers going to jail, Singh, no doubt, has chosen to remain silent, as usual. 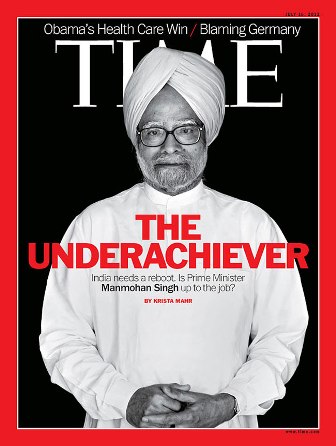 Yes, the Indian people, of late, led by activists Anna Hazaare, Arvind Kejriwal, Baba Ramdev and many unsung heroes, have been getting increasingly vocal especially against the main ruling Congress party whose two stints at the Centre, as part of the United Progressive Alliance (UPA) – from 2004 to 2009 and from 2009 to this day – have been marred by one major corruption or the other. But the Indian media houses have, sadly, not been portraying the such pictures as presented by the foreign media.

To the latest Washington Post report that described Singh as a dithering, ineffectual bureaucrat presiding over a deeply corrupt government against which the Indian government threatened to take strong action, main opposition BJP stalwart L.K. Advani said there’s a move to crush the news daily’s India Bureau Chief Simon Denyer and to send a stern message to Indian journalists in the process.

Let me ask Advani if this was indeed intended to cow down Denyer, then how did his own party react when it was in power at the Centre when the TIME magazine spoke of the then prime minister Atal Behari Vajpayee in disparaging terms (circa 2002).

Interestingly, the TIME magazine had then reported about Vajpayee’s health following which its India Bureau Chief Alex Perry was hounded in no uncertain terms. Perry’s article headlined ‘Asleep at The Wheel’ had said about Vajpayee that:

“He drank heavily in his prime and still enjoys a nightly whiskey or two at 74. India’s leader takes painkillers for his knees (which were replaced due to arthritis) and has trouble with his bladder, liver and his one remaining kidney. A taste for fried food and fatty sweets plays havoc with his cholesterol. He takes a three-hour snooze every afternoon on doctor’s orders and is given to interminable silences, indecipherable ramblings and, not infrequently, falling asleep in meetings.”

Chandan Mitra, editor of the New Delhi-based newspaper The Pioneer, then quickly called Perry’s article supercilious, patronizing, white-supremacist, flippant and crassly ill-mannered. He suggested that the article was driven by a motive. ‘Vajpayee is far from sick,’ Mitra wrote in a column soon after Perry’s piece was published. ‘If anybody is sick it is the tribe of scribes that trots out such disgusting pieces of writing in the name of “investigative journalism.” ‘

Then, noted journalist P. Sainath retorted: “In Delhi, Time journalist Alex Perry who authored the piece was summoned more than once to the Foreigners Regional Registration Office. To explain, among other things, how he came to hold more than one British passport. In all, a show of pettiness and petulance not seen in decades. There was, of course, the government spokesperson insisting that not an iota of harassment was involved. As also the ritual burning of copies of the magazine by BJP mobs across the country. And inevitably, yards of editorials and globules of television time discussing everything from Vajpayee’s kidneys to how he came to be such a kneeless wonder.”

Huh! This time, TIME, in a recent issue, dubbed prime minister Manmohan Singh as an underachiever. The such scathing attack came shortly after Britain’s The Independent newspaper ran a report with the headline Manmohan Singh – India’s saviour or Sonia’s poodle? The July 16 report observed that Singh’s reforming zeal had evaporated and slowed the country’s growth, adding that he had no genuine political power as he owed his position to Congress president Sonia Gandhi.

But why this hullabaloo on the foreign media reports!!! No sooner did the TIME criticise Singh, BJP’s chief spokesperson Ravi Shankar Prasad said that the magazine had reported the “obvious” and that the common man of the country had been speaking this for a long time that the prime minister has practically no achievement to his credit.

The million dollar question is should we treat the such foreign media reports as Bibles? No wonder the Congress hit BJP back with the 10-year-old article from the TIME, as mentioned above, saying that if TIME is such a gospel for the BJP then the 2002 piece by Alex Perry headlined ‘Asleep at The Wheel’ was equally obvious portrayal of the then prime minister Vajpayee.

How much time the Indian media needs to stand on its own feet and call a spade a spade? We have just seen our Parliament’s latest Monsoon Session being totally washed out because of the tiff over the motionlessly non-speaking prime minister Singh’s acts.