Five lakh workers lost their jobs at the heat of slowdown in the badly hit sectors in India, a government survey now says. 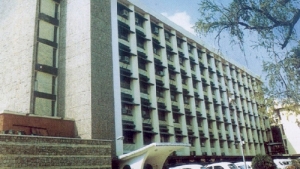 The Ministry of Labour & Employment conducted the survey between Oct.-Dec.’08 in 2581 units spread over 11 States in Mining, Textiles, Metals, Gems, Automobile, Transport and IT sectors. These sectors alone contribute more than 60 per cent GDP. Interestingly, the government conducted yet another survey to assess the impact of economic slowdown on employment during Jan.-Mar.’09 wherein it was found that total estimated employment in these sectors increased by 0.6 per cent. Non-export units showed higher rate (0.92 per cent) of increase in employment as compared to export units (0.28 per cent). As compared to Oct.-Dec.’08 quarter wherein about half a million workers lost their jobs, the employment in selected sectors increased by a quarter million during Jan.-Mar.’09. Indian government’s Department of Commerce also undertook sample surveys relating to reduction in exports and resultant job losses in export-related industries. In the sample survey on job losses for export-related industries for August 2008 to 16 January 2009, out of 402 units surveyed, the loss in export order was around Rs. 6272 crores and loss of 1,09,513 jobs. Ministry of Commerce has also conducted another updated sample survey related to job losses (direct and indirect) for export related industries from August 2008 to April 2009 according to which in different export-oriented units, 1,34,593 jobs have been lost. Click here to visit India’s Labour Ministry. Watch a related video.