Veteran Reporter to anchor ABC’s ‘This Week’ from August 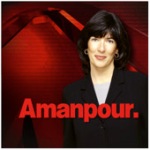 No hearsay this. Speculation over. One of CNN’s best known personalities and interviewing veteran Christiane Amanpour will be ABC News’ newest anchor of “This Week.” She will take over the hot seat in August.

Amanpour, my current desktop hero, will also be the foreign affairs analyst on other ABC News programs and will be anchoring primetime documentaries on international subjects that are her domain.

“A highly respected journalist recognized around the world for her reporting, she brings to her new position a wealth of experience and knowledge, as well as a deep commitment to bringing news of the world to the American people,” ABC News president David Westin said in an internal email.

Amanpour, 52, is my favorite journalist on screen and also my ideal. She has spent 27 years at CNN where she most recently served as chief international correspondent and anchor of “Amanpour.”

In her 18 years as an international correspondent, Amanpour has reported on all the major crises from the world’s many hotspots, including Iraq, Afghanistan, the Palestinian territories, Iran, Israel, Pakistan, Somalia, Rwanda, the Balkans and the United States during Hurricane Katrina.

She has secured exclusive interviews with world leaders from the Middle East to Europe to Africa and beyond, including Iranian Presidents Mohammad Khatami and Mahmoud Ahmadinejad, as well as the presidents of Afghanistan, Sudan and Syria and Palestinian leader Yassar Arafat among others. After 9/11 she was the first international correspondent to interview British Prime Minister Tony Blair, French President Jacques Chirac and Pakistani President Pervez Musharraf.

In 2007, Amanpour was made a Commander of the Most Excellent Order of the British Empire (CBE) by Queen Elizabeth II for her “highly distinguished, innovative contribution” to the field of journalism. In 1998, the City of Sarajevo named her an honorary citizen for her “personal contribution to spreading the truth” during the Bosnia war from 1992 to 1995.

Amanpour, who will start in August, replaces George Stephanopoulos. He left the show in December to take over as co-host of ABC’s “Good Morning America.”

Read more about Christiane Amanpour – in Wikipedia, the free encyclopedia