Kiran Sharma will be sentenced to eight years imprisonment, while Arun Sharma faces up to 15 years in prison

Dr. Arun Sharma, 56, and Dr. Kiran Sharma, 54, both of Kemah, Texas, have been convicted of conspiring to commit health care fraud over a 10-year-period in the Southern District of Texas.

The Indian-American doctors were set to begin trial today when they each instead opted to plead guilty to one count of conspiracy and one count of health care fraud. 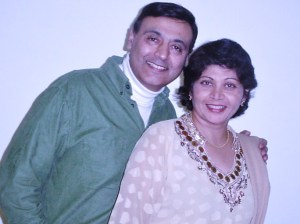 In entering their pleas today before United States District Judge David Hittner, Arun Sharma and Kiran Sharma admitted that from Jan. 1, 1998, through June 10, 2009, they fraudulently billed Medicare, Medicaid and various private health care providers for medical procedures that were not performed.

Specifically, during the time period of the conspiracy, the defendants owned and operated multiple medical clinics operating under the name Allergy, Asthma, Arthritis Pain Center, with two principle locations in Baytown and Webster, Texas, (the clinics).

While some of patients at the clinics were referred by other medical doctors, approximately 50% of the patients came to the clinics through word of mouth.

In addition to the prescription of narcotics, a large part of the practice conducted at the clinics was to provide patients with injections of lidocaine combined with steroids which at times provided temporary relief of various joint and muscle pain.

The pain management practice at the clinics grew quickly during the time period of the conspiracy.

In addition to pleading to the criminal charges, the defendants voluntarily forfeited tens of millions of dollars in assets previously seized – to include their home in Kemah, Texas, numerous parcels of real property, more than $700,000 in cash that was found during a search of their home, more than $800,000 in cash found during a search of their two safe deposit boxes and a number of investment accounts funded with the fraudulent proceeds.

At sentencing, per the terms of her plea agreement, Kiran Sharma will be sentenced to eight years imprisonment, while Arun Sharma faces up to 15 years in prison.