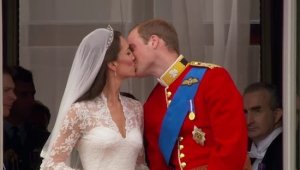 On Friday, the 29th of April, 2011, the world was watching Britain’s Prince William marrying his college sweetheart Catherine Middleton at Westminster Abbey. Their marriage was becoming official.

Same day, shortly after the Archbishop of Canterbury pronounced them married, I was amidst a crowd remembering a girl and her powerful love for a fellow journalist. The meeting was being held at the premier Indian Institute of Mass Communication, near Jawaharlal Nehru University.

It was young Nirupama Pathak’s first death anniversary. Mostly budding journalists had assembled to pay their tribute to the girl who could not become a woman. Conspicuously, her love Priyabhanshu Ranjan was not to be seen. And we were told he’s paying the price in installments for daring to be a man to this girl.

On such an evening, in the lawns of one of the most liberated parts of the Indian capital New Delhi, I sat silently, protesting to God, refusing to speak and angry — Why couldn’t Priyabhansu and Nirupama, too, become man and wife? Why couldn’t they too continue to promise to love, comfort and honour each other? Why couldn’t they too were allowed to carry on a bigger duty? Why couldn’t their courtship too, that probably started during their journalism school days (2008-09), culminate in an equally respectful marriage?

As my photographer friend C. Rahul kept capturing the remembrance, I murmured looking at Nirupama’s photograph kept in our middle: “Well, the royal wedding ceremony has concluded at Westminster Abbey. William and Kate are Duke and Duchess of Cambridge. And you? Why did you go? Where did you go? Why did you leave all these beautiful people who are gathered here? We love you.”