…she would make me dreamy – such was her beauty 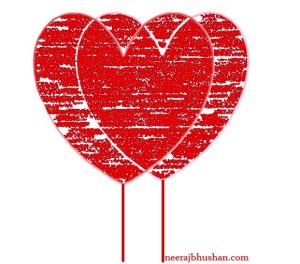 There was glint in her eyes – twinkling; and she also had the best glassy teeth – all gleaming. We would sit together at the school desk. We would learn English together even during silence periods, when the teacher-designate would not be there.

I would then watch her pink lips speak when she would turn pages of ‘Spell-Well’ (the English learning book) at the St.Xavier’s.

We would go out in recess, together and would also return home together, hand in hand. She lived near the school, and for me, then, walking alone home would be so difficult.

During games, we would be three – with her twin-brother – Guddu – joining us, and we would make such great friends.

At such a tender age, she would make me dreamy – such was her beauty.

Maybe she was destined to come so early into my life, walk few miles and then go very far.

I am happy she at least ensured the honeydew for me, to prize her all my life.

The post first appeared in gcaffe.com as part of its series on Lingering First Timers. [I was so in love with the nick names that I never remembered the school names of Honey and Guddu. While working for Hindustan Times newspaper (somewhere around 1996), I even went to Guddu’s house to do a story on beautiful homes. They had a swimming pool in their city house. But, shy as I was, I could not reveal that I am Neeraj, the same buddy. But I could take a glimpse of a photograph in their house, that was for sure Honey, who, as I could gather, was married and settled in London.]