The 1st Guwahati International Short Film Festival to be held early next year will showcase selected short films from across the world. An initiative of Creovaent Productions, the occasion will provide a quality platform for independent filmmakers especially from India’s northeast. 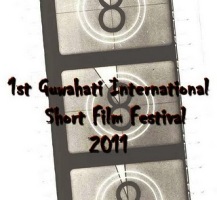 Creovaent Productions feels there is lack of exposure for quality short films in North-East India for the students and film enthusiasts. Hence this attempt to make all the amateur and independent filmmakers to come together and showcase their talents in the form of films under one roof.

Eminent film personalities are expected to be associated with film workshops at the festival where they would share their expert views. The festival has been scheduled for April 2 – 3, 2011 with two sub-venues for easy accessibility for students and film buffs to view the award winning short films from India and world. There will also be a short film competition (fictional) for the filmmakers from North-East India.