Why is Pakistan a permanent offender?

US religious-freedom report urges government to add 7 countries including Pakistan to worst-offenders list.

The primary US government agency on global religious freedom issued its annual report on May 2. It says “religious freedom abroad has been under serious and sustained assault” during the past year, and says America should add seven countries to its list of worst offenders:

Also, the report includes Western Europe among a list of places that deserve monitoring because of worrisome developments.

It recommends that the US president designate the seven countries as “countries of particular concern.”

Why These Countries Are Of Particular Concern?

US law defines them as those whose violations of religious freedom are “particularly severe,” which means “systematic, ongoing, egregious violations of religious freedom, including violations such as: (A) Torture or cruel, inhuman, or degrading treatment or punishment, (B) Prolonged detention without charges, (C) Causing the disappearance of persons by the abduction or clandestine detention of those persons, (D) Other flagrant denial of the right to life, liberty, or the security of persons.”

The law requires the State Department to report on religious freedom in each country, as part of its annual assessment of human rights around the globe.

The US already had formally designated nine countries as “countries of particular concern”: Myanmar; China; Eritrea; Iran; North Korea; Saudi Arabia; Sudan; Turkmenistan; and Uzbekistan. Tajikistan is a recent addition to the list.

Crux Of The Findings

The 12-month period covered by the report was a year when the commission said a bad situation got worse.

“By any measure, religious freedom abroad has been under serious and sustained assault since the release of our commission’s last Annual Report in 2015,” it begins. It contains documentation of restrictions upon Christians, Muslims, Jews and other religious minorities. 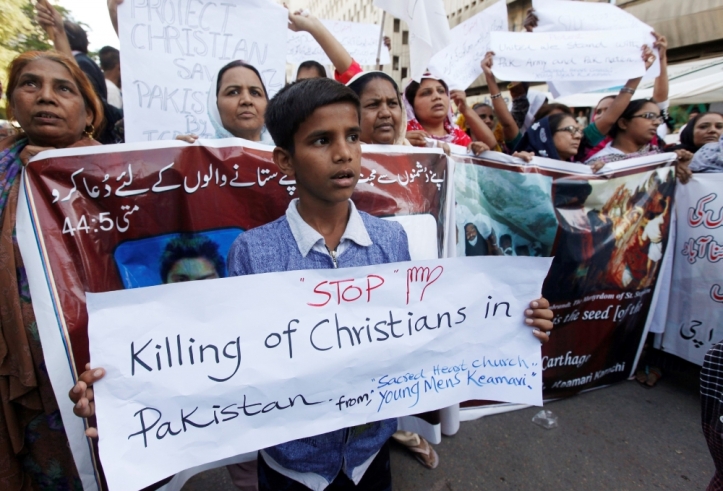 On Pakistan, the report said, “More people are on death row or serving life sentences for blasphemy in Pakistan than in any other country in the world. Aggressive enforcement of these laws emboldens the Pakistani Taliban and individual vigilantes, triggering horrific violence against religious communities and individuals perceived as transgressors, most recently Christians and Muslim bystanders on Easter Sunday 2016 in Lahore.”

The World Watch List ranks the countries where life as a Christian is most difficult. It is published by Open Doors, a global charity that supports Christians who are pressured because of their faith.

The World Watch List is an annual report prepared and published by the World Watch Research team of Open Doors. It ranks the 50 countries where it is most difficult to profess and practice the Christian faith.